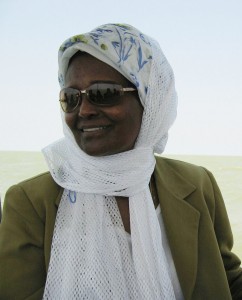 Tsige-Roman’s dream of feeding, clothing and providing shelter for elderly homeless street people in her native town of Adwa in northern Ethiopia began in 2000 when, after many years’ absence, she traveled to her homeland to visit family and friends. She was particularly shocked by the plight of so many elderly, especially women, reduced to fending for themselves in the streets of Adwa. She knew she wanted to help somehow.

That aspiration became reality a few short years later after she retired as a long-time California pharmacist.  When she returned to live in Adwa in 2003, Tsige was able to build – thanks to generous donors – a full-service residence for about forty homeless women and men, on a plot of land donated by the Ethiopian government.

Gradually, through her non-profit charity, named in memory of her father, Tsige-Roman began caring for many destitute elderly people, including invalids, living in primitive conditions in their own homes.  At times, Tsige has had as many as 200 elderly women and men in her loving care!

When Tsige-Roman Gobezie sees a need, she responds in her heartfelt yet practical way.  Thus began her outreach to local preschoolers abandoned on the streets during the day while their parents were out working.

Inspired by her father’s example, decades prior, of providing early education to both boys and girls, Tsige began sponsoring several three- to six-year-olds in a private kindergarten.  That small act of kindness inspired donors’ eventual sponsorships of thousands of needy preschoolers.  More than a dozen privately-owned and -operated kindergartens have been built since to provide a solid basic education to Adwan youngsters.

An integral part of Tsige-Roman’s dream, since her return to Adwa, has been the desire and plan to make the Gobezie Goshu Home project self-sufficient.  Many different crops and fruit trees have been planted on the 2½-acre government-donated land.  Every effort is made year round to protect them from pests large and small, and from alternating drought and heavy rainfall.  Tsige also introduced to Adwa the planting of a wide variety of vegetables and fruit trees to supplement the local traditional diet of lentils, grains, banana, and citrus.

What began as one woman’s dream of helping some elderly homeless Adwans has evolved into an extensive multi-faceted project.  Tsige-Roman’s kindness to those in need has been an inspiration to all.  Won’t you please contribute to Gobezie Goshu Home to help sustain Tsige’s dream?